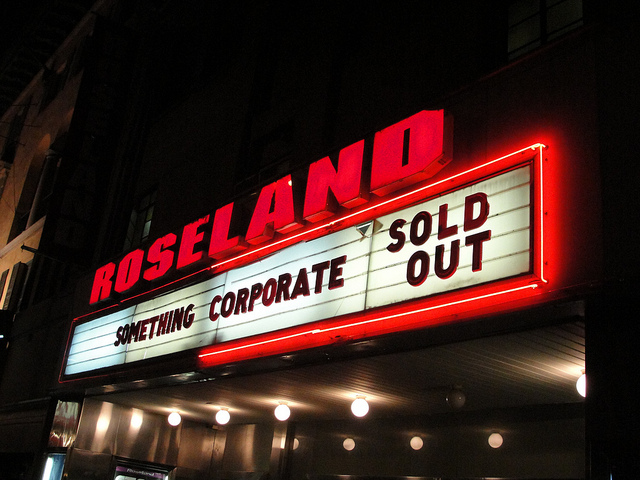 Today, instead of handing down the Affordable Care Act opinions like we all wanted, the Supreme Court ruled on the constitutionality of life without parole for minors, some immigration thing1, and a third case2 which tested some of the boundaries of their 2010 Citizens United ruling.

Even if you’re not familiar with Citizens, you’ve probably heard about it. Most likely, you’ve heard people offering various sarcasm and snark about “corporate personhood”. Those who opposed the ruling and what it represents did an exceptional job of driving the narrative about the case toward what turns out to be an absurdist interpretation of the court’s opinion.

You see, Citizens actually has a remarkably sane holding. So sane, in fact, that were one to read the actual text of it, one would be relatively unlikely to experience outrage, even in disagreement. So, if you’re one of those who mistakenly believes that the Supreme Court of the United States ordained corporations as people, read on.

Congress shall make no law respecting an establishment of religion, or prohibiting the free exercise thereof; or abridging the freedom of speech, or of the press; or the right of the people peaceably to assemble, and to petition the government for a redress of grievances.

You might note that the amendment is utterly devoid of limiting factors. Nowhere in that amendment is freedom of speech (or religion, or press) predicated on autonomy or individuality. Nor is that protection from government meddling withheld from corporations or groups of any sort. That broad protection is important because it makes clear that speech (especially political speech) is an integral part of our democracy that should be limited and regulated only with the most careful of consideration.

But the problem, at least as it’s framed by various sorts of activists, is that Citizens extended that protection from people to corporations.

A better way to think of the ruling, however, is articulated well by Wikipedia’s article on the case:

Kennedy’s opinion correctly notes that, had Citizens gone the other way, it would have opened the door for the government to curtail speech of the ACLU, Sierra Club, or NRA — all of whom are, in fact, corporations.

While it might be an impressive rhetorical device, the notion that Citizens created some sort of “corporate personhood” is a myth. An often-repeated myth, but a myth nonetheless.